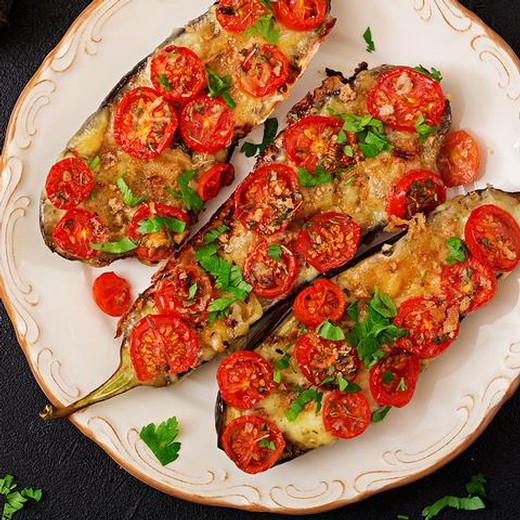 Recipe Date:
July 15, 2021
Cook Time:
00:00:00
Difficulty:
Easy
Measurements:
Imperial (US)
Eggplant, known in Europe by the name aubergine, is a wonderful ingredient in many Mediterranean dishes. It is often associated with a number of health benefits and can be cooked in many different styles. Today we are making a relatively simple, but delicious stuffed eggplant parmesan that looks fantastic and tastes even better.
Ingredients
Directions

Arrange a rack in the middle of the oven and heat to 400 degrees F.

Cut each eggplant in half lengthwise. Leaving a 1/2-inch border, scoop out the flesh with a spoon, creating boats out of the shells. Coarsely chop the flesh and set aside.

Brush the insides of the hollowed eggplant shells with 1 tablespoon of the oil and season with 1/4 teaspoon each salt and pepper. Place the shells cut-side up in a 13x9-inch baking dish. Roast until tender (there should be no resistance when pierced with the tip of a paring knife), about 20 to 30 minutes depending on the size of the eggplant. Set aside.

Meanwhile, combine the breadcrumbs, 1 teaspoon of the oil, and a pinch of salt in a small bowl; set aside. Heat the remaining 2 tablespoons oil in a large skillet over medium until shimmering. Add the onion and cook, stirring occasionally, until soft, 4 to 5 minutes. Add the chopped eggplant flesh, garlic, remaining 1/2 teaspoon salt and 1/4 teaspoon pepper. Cook, stirring frequently, until the eggplant is tender, 7 to 9 minutes. Stir in 1 cup of the marinara and cook until heated through, about 2 minutes. Remove from the heat. Add the basil, 1 cup of the mozzarella, and 1/4 cup of the Parmesan and stir to combine.

Broil until the cheese is melted and bubbling, the breadcrumbs are browned, and the tomatoes are soft, 2 to 4 minutes. To serve, top the eggplant shells extra basil. 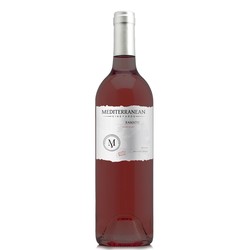 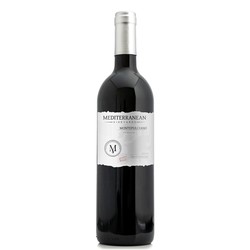